This 5 hour tour begins and ends with Dana, the most wonderful young lady who operates PRAGUE BEHIND THE SCENES. 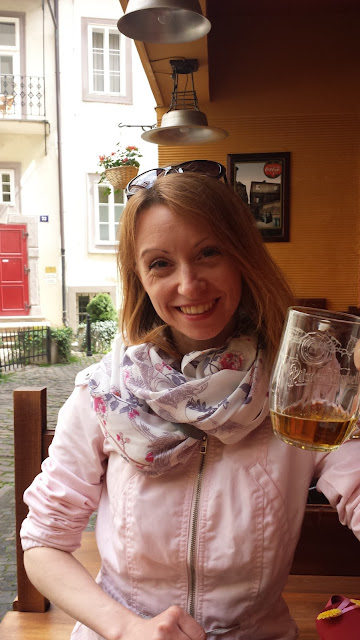 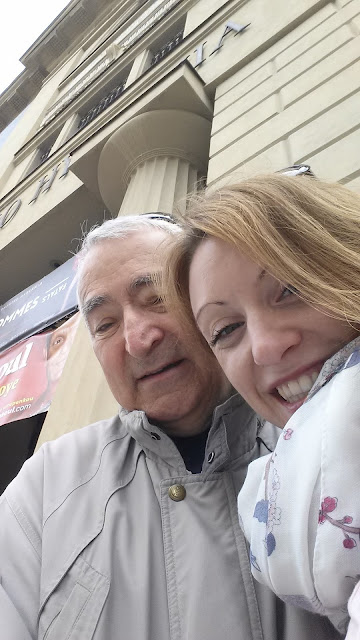 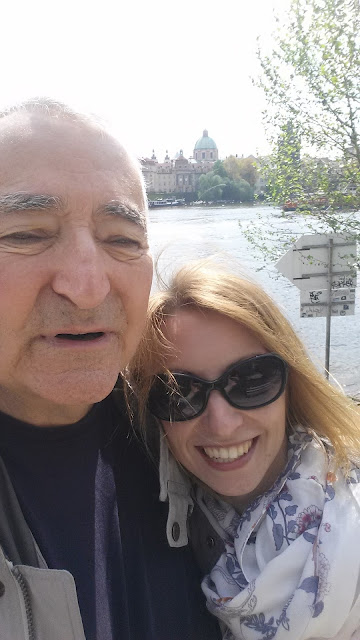 DANA, who was recommended to me by my old buddy, Robert Werner, photographer and computer programmer, is a brilliant, lively, charming and marvelously informed Prague resident who happily leads very small groups through the quiet back streets of the city, explaining all the while the history and peculiar secrets of a city she clearly loves. It was my great fortune to be her only client yesterday and we fast became old friends. 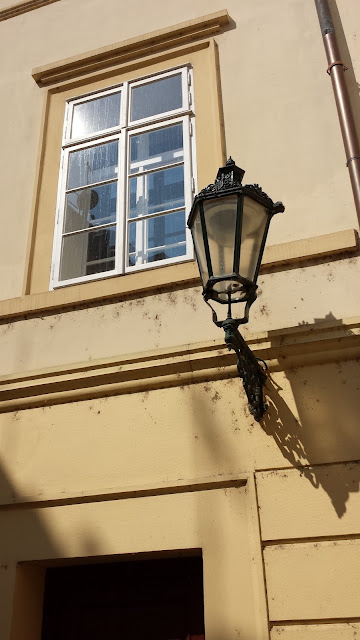 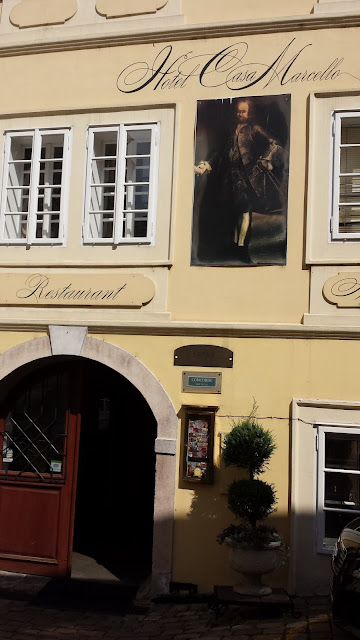 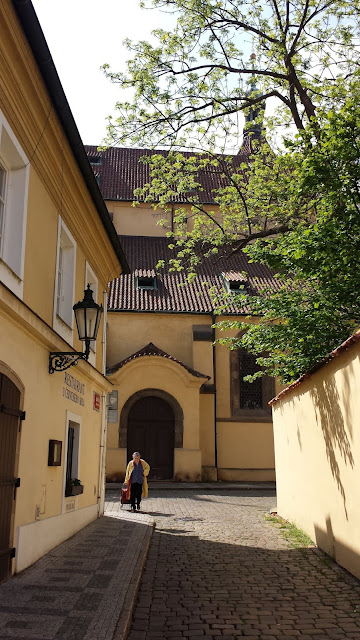 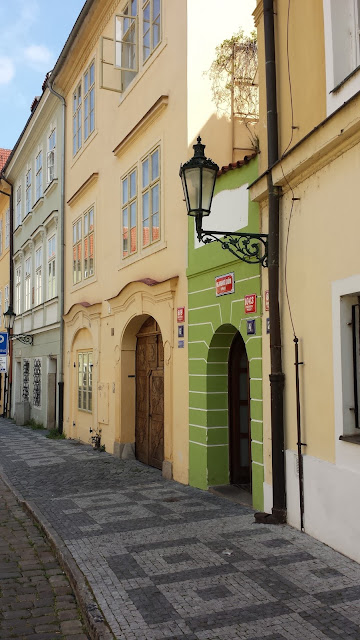 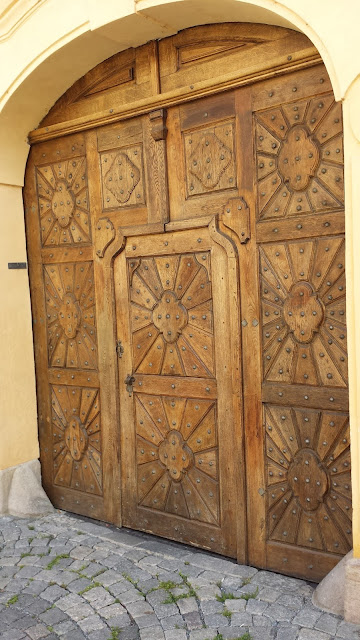 Only a few steps east of two of the busiest shopping malls in the world (One burrows six stories below ground. This is a peculiar feature of the city. Supermarkets can be found in basements, as are the bathrooms in many restaurants, and the subway system is so far below grade that the escalators remind one of the steep descent at Piccadilly.The city has apparently been built over the many years in layers.) one slides into neighbourhoods of quiet calm with homes that were once the hovels of the poor and now are prized and expensive apartments. They sit serenely amidst monasteries, kindergartens and choice local eateries. Throughout 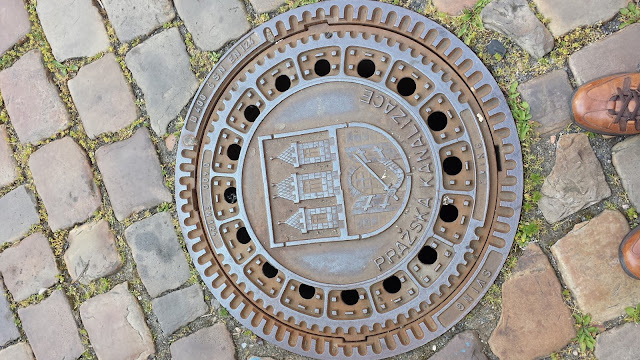 the city, you need only look down to see history and royalty in a manhole cover. Or peer down a pedestrian walkway so narrow it requires a traffic light! 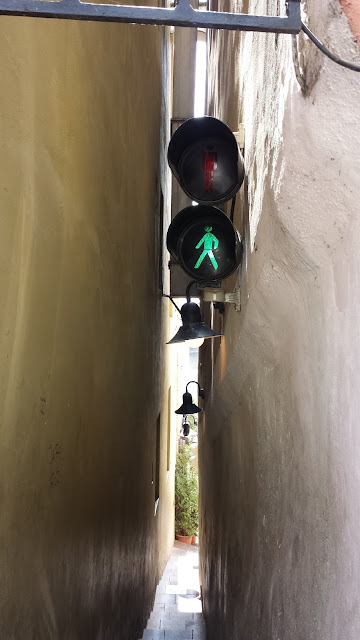 All of the remaining photos were taken as we made the slow inevitable climb through the old Lesser Town towards the Palace, stopping along the way for a fabulous, classic lunch, a soup rich with garlic and veggies and meat. With Dana as my expert guide, we avoided the main drag and its many cheesy shops in favor of the kinds of places seen below. 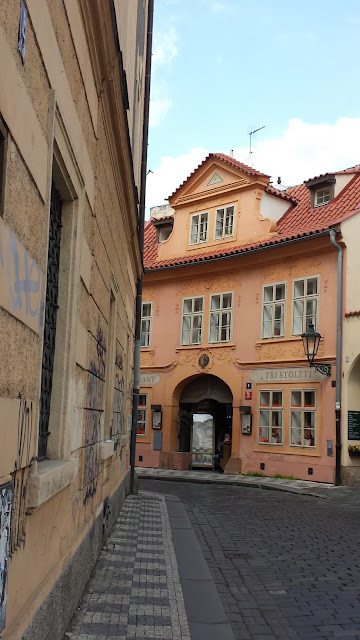 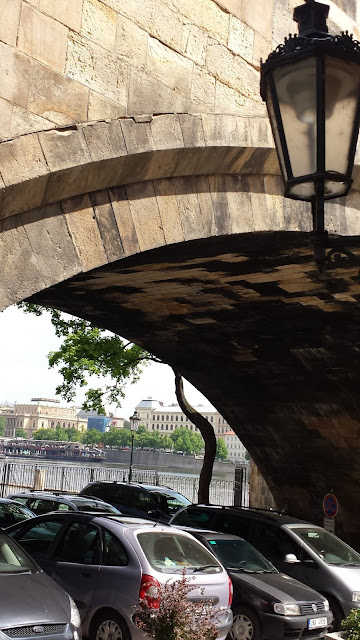 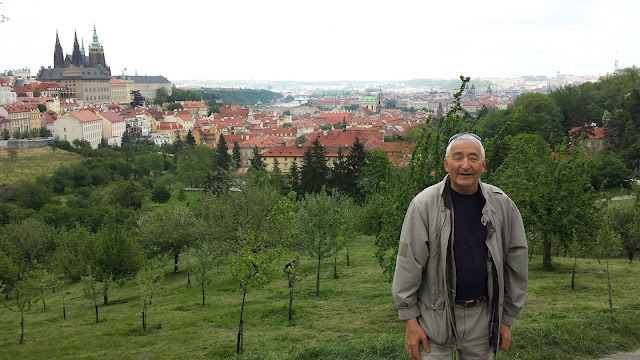 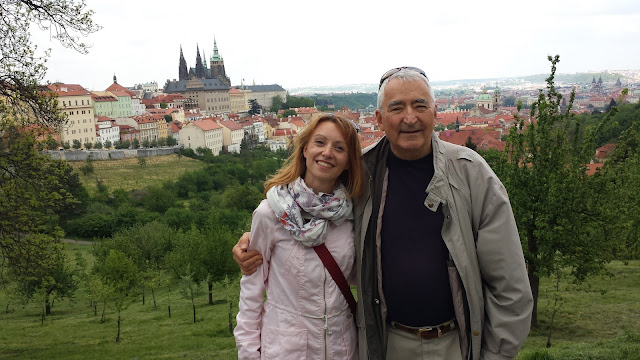 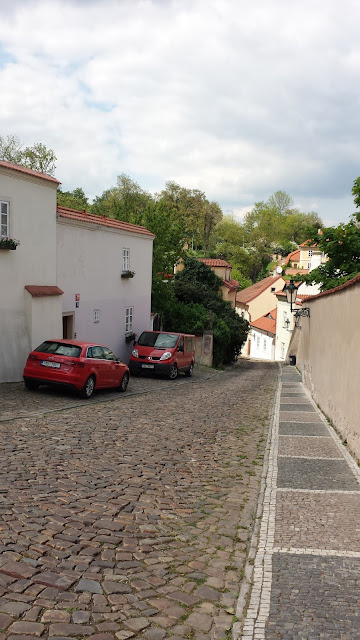 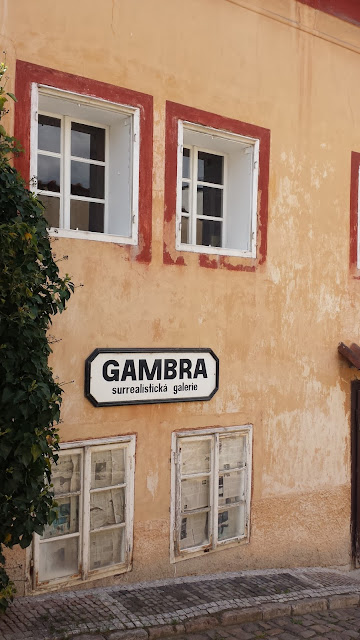 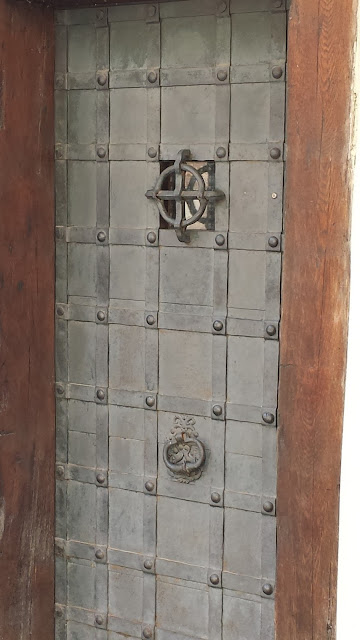 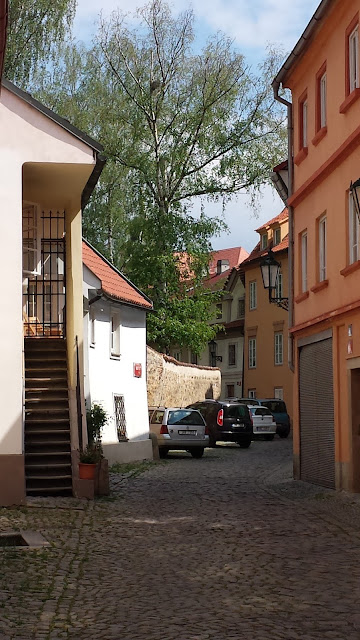 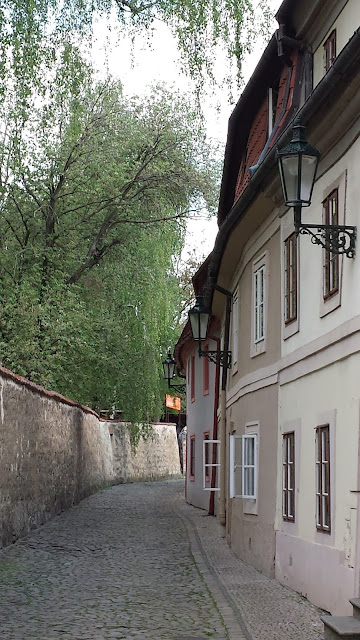 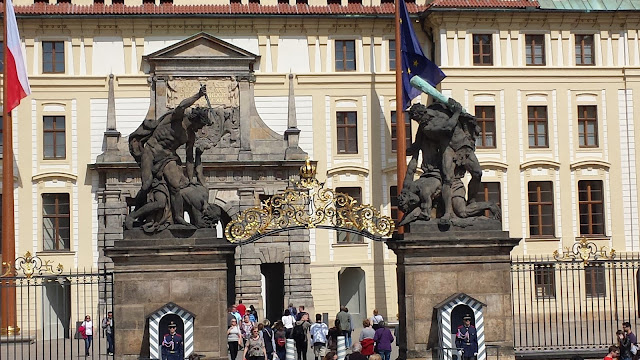 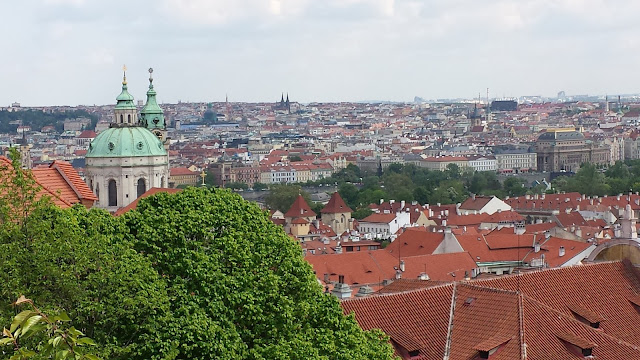 The Castle itself is for another day, perhaps next week; I would not dare go on the weekend. Tonight, the Czech production of Mark Leiren-Youngs SHYLOCK and then...only the gods of travel can tell...
Posted by David Berner at 3:21 AM

lovely lady, and the beauty of city captured by your photos....Just wonderful!