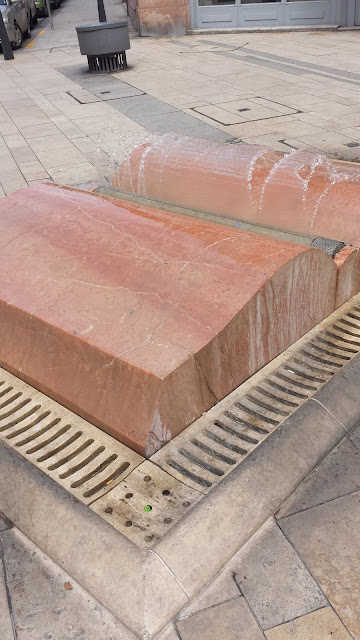 What a wonderfully clever, evocative and beautiful piece of public art. The perforated wheel spinning on the spine of this marble book throws a fountain spray across the pages. The illusion is that the page is being turned. It sits in a small and charming square directly opposite one of the many university buildings scattered throughout the city.

I spent the early part of Saturday, my last full day in Budapest, strolling about, drinking coffee and reading and snapping shots of buildings and billboards that amused me. 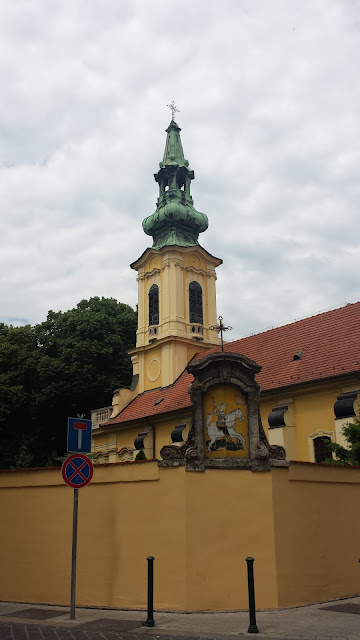 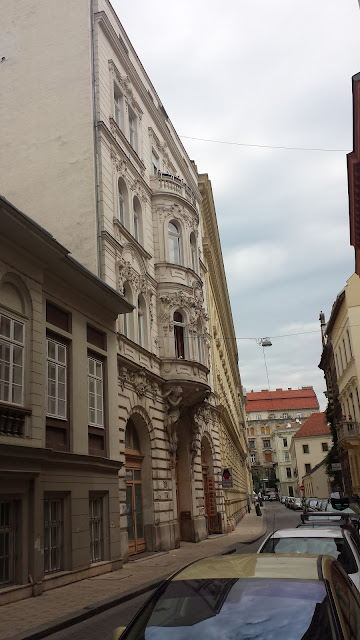 If you have a touch screen, you can enlarge a picture like this and zoom in on the windows or the murals or sculpture built right into a frontage. 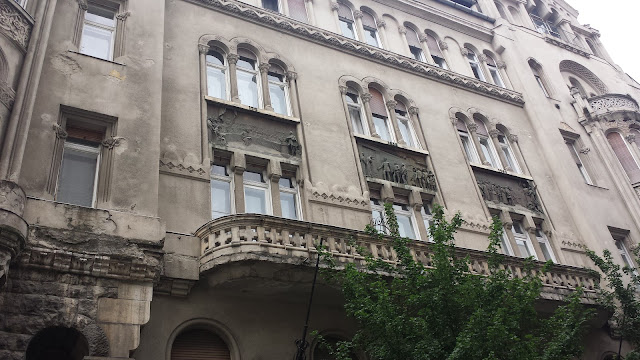 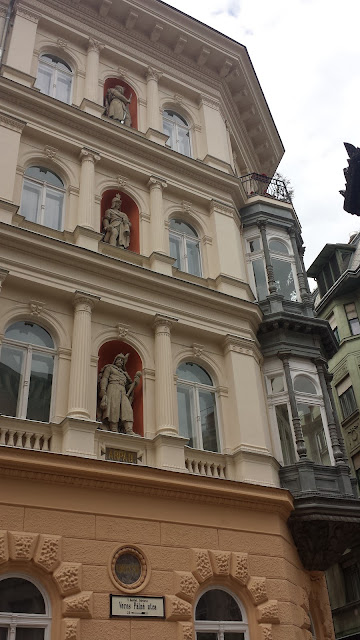 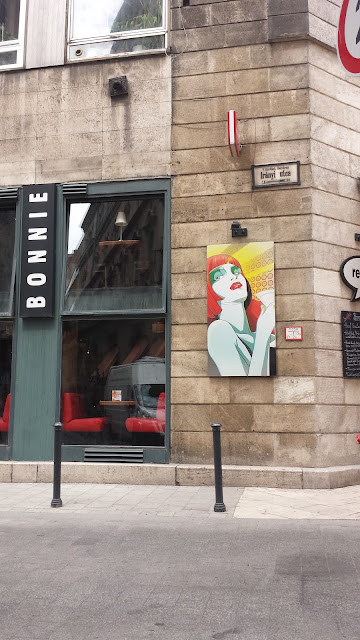 The evening was entirely occupied by The Main Event - the symphony playing Aaron's wonderful composition.

The program began with a Wagner piece, then Aaron's work and after the intermission a fabulous Dvorak.

Of course, Aaron was called to the stage and the audience gave him five rounds of applause. Big hit! 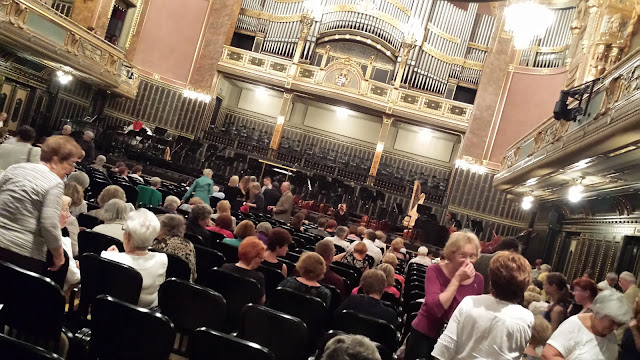 Here he is with the lead viola player - old pals. 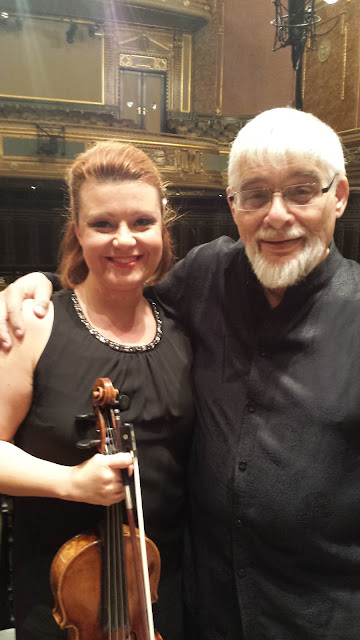 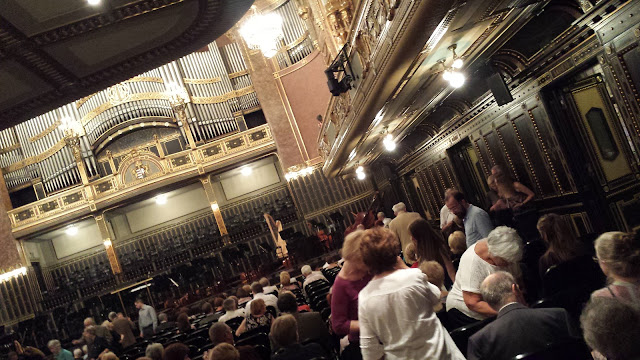 During the intermission, we spent some time with his friend, Francesca who, among other things, runs her own chamber orchestra and has now asked Aaron to write some musical expression of Shakespeare's sonnets. 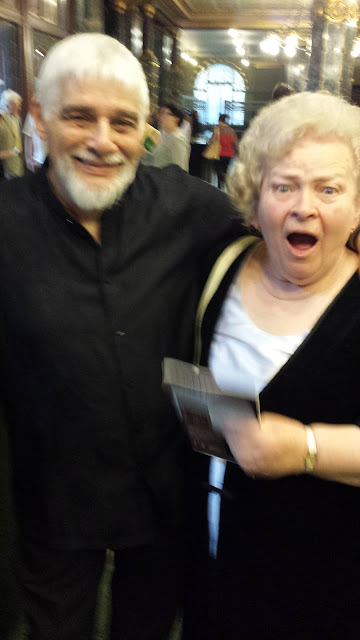 Up very early this morning, waiting on the silent abandoned main pedestrian mall for my Airport Transfer driver and then a few billion hours of airports and airplanes - Budapest-Frankfurt-YVR - and happily to home.
Posted by David Berner at 6:20 PM